Since the Thermomix has joined the Crooked Household, we make nearly everything we eat using  just the basic fridge and pantry ingredients. However, after nearly 2 years of Thermomix ownership, I had not attempted to make traditional ice cream. We had made sorbet and cheat’s ice cream using frozen yoghurt or milk and fruit, but not that delicious creamy stuff.

We very rarely buy ice cream, there are just too many nasties in the store-bought stuff, so being able ‘healthify’ a treat was a great option.

The recipe I used was for traditional ice cream from the Thermomix Everyday Cookbook. It is so simple, quick and super delicious! 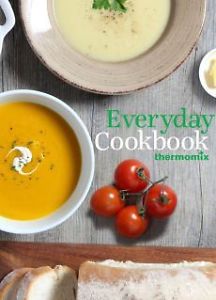 To suit everyone in the household I removed the sugar and instead added a little Natvia (stevia) to sweeten. Next time I might try maple syrup.

To store this delicious concoction in, I purchased these Retro Kitchen containers. A 1 litre container and a set of 4 mini ice cream tubs. So cute! 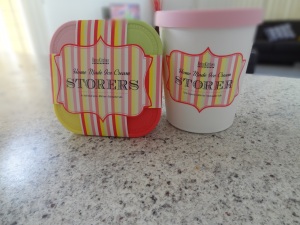 Since this little adventure I have been looking into other ice cream recipes, in particular the no churn ones. It seems that the secret ingredient is condensed milk, which I have been wanting to make from scratch in the Thermomix (see recipe here). I am going to one or two of the following recipes a try over the Easter season. You don’t need to have a Thermomix for these recipes, just a hand beater or food processor.

Here are my two monkeys enjoying their first taste of homemade ice cream. It got the thumbs up from them. 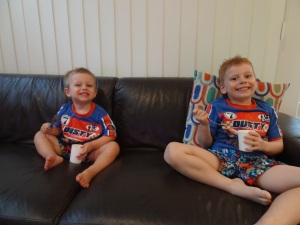 Do you make your own ice cream? I’d love to try your recipe.